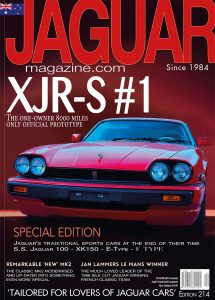 The cover car for our edition #214 will be the amazing very first XJR-S built (1988) by the new joint venture company founded by TWR and Jaguar Cars – JaguarSport.

You will read the full intriguing story in the magazine, but in essence it is the very car which allowed the XJR-S to be sold in the US,was driven by Jaguar Inc heads Graham Whitehead and Mike Dale plus Tom Walkinshaw. 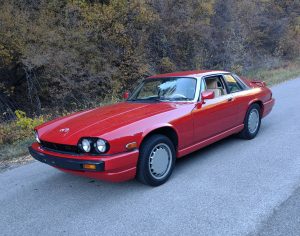 It was also displayed at major Motorshows in the US – before being sold to Jaguar owner in the north of the US who had fallen in love with the car.

It is in mint condition and much loved.

The full story, which goes into fascinating detail, should not be missed if you like stories about prototypes, XJ-Ss or just rare historic cars.