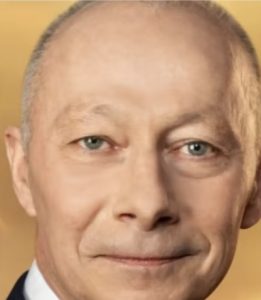 Having led Jaguar into its greatest crisis since the height of British Leyland chaos, Jaguar Land Rover boss, Thierry Bolloré, is to quit the company at the end of the year.

The Chief Executive Officer announced he was resigning due to “personal reasons” after more than two years in the role.

The car manufacturer, which has its headquarters in Whitley, Coventry, hired the former Renault boss as CEO in 2020.

Almost immediately he dropped the new XJ which was set to be launched, and announced that Jaguar was to become an all-electric vehicle manufacturer from 2025.

Since then it has basically fallen off the map with no new models and almost total inactivity.  It is three years since we were at a new Jaguar model launch event.

One observer has stated: “As a figurehead he was absent for weeks at time when he was supposed to be ‘guiding’.  He came into the job with few ideas and quickly ran out of them.” 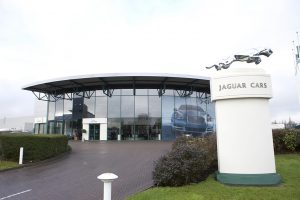 He was mandated with the task of returning Britain’s biggest carmaker to profit after it took a big hit from the Covid pandemic.

But the manufacturer made losses for the last six quarters and has been slow to react to the chip crisis.

Jaguar Land Rover has confirmed Bolloré’s resignation will be effective from 31 December 2022.

In a statement, Mr Bolloré said: “I am immensely proud of what we have achieved together at Jaguar Land Rover over the last two years.

“The company’s transformation and acceleration towards a sustainable, profitable future as a modern luxury business is underway at a great pace. I would like to thank the whole team for their dedication and passion and I wish the entire organisation the very best for the future”.

“The foundations for a successful transformation have been laid, leaving the company well poised for the future.”

Taking over from today as Interim CEO will be Adrian Mardell. He has been part of Jaguar Land Rover for 32 years and a member of the Executive Board for three years.

Will some of his disastrous mandates be able to be reversed, and does the Board want to?

We are witnessing a crisis point for the future of our beloved marque – 100 years to the year William Lyons and William Walmsley began their sidecar business in Blackpool, which evolve into Jaguar Cars.

We will have a major feature on the dramatic announcement in edition #214.