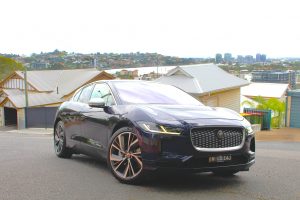 Jaguar Land Rover’s Reimagine plan in February 2021 outlined a bold, brave new future for Jaguar as an all-electric luxury car brand. Shortly after that, JLR CEO Thierry Bolloré exclusively revealed to Auto Express that luxury meant prices in the region of £100,000, while news of new Jaguar models also crept out.

Since then, the silence on the intentions for Jaguar – still one of Britain’s best-loved car brands – has been deafening. Now, though, Auto Express can reveal details of the plans to transform Jaguar and how it will transition to its luxury future, starting with the current line-up. In an exclusive interview, Nick Collins, JLR board member and Executive Director of Vehicle Programmes, told us how the current Jaguar range will move upmarket, that new Jaguars will sit on a bespoke architecture and that development mules will be on the road in weeks.

First, though, we asked him why there had been such silence from Jaguar since February 2021. “We recognise that we’ve been quiet, we’ve been secret – deliberately so,” said Collins. “The core Jaguar words are ‘a copy of nothing’. Think of that in every element of the business; there may be some traditional ways of doing things and untraditional ways of doing things – we’re using that in all our thinking around Jaguar.

“We will now start to curate the journey from here until 2024 – exactly how that manifests itself, we’re reconsidering how we do that, too.” It’s not as though JLR hasn’t had a busy 12 months, though, as Collins explains. “If you think of us as a total business, over the past year we’ve just gone through this massive activity with Range Rover, Range Rover Sport and Defender 130 – from a public perspective we wanted those cars to have their moment. That doesn’t mean we’ve not been working intensively on the Jaguar plan and the execution of that.”

According to Collins, Jaguar has been working at a pace never before seen at JLR, with plans in place and a clear definition of what the brand will be.

“We are on track and in a considerably faster timeline than we’ve ever operated to before,” he said. “That’s something we’re doing across the business, not just at Jaguar.”

“Where we sit right now is [that] we’ve defined what the new Jaguar will represent,” he said. “It’ll be a brand that’s respectful of its rich past, but not bound to it – we’ve used that formula in the past with the Defender.

“We are engineering a bespoke architecture for Jaguar. That’s the only way we’re going to ensure we meet our design vision for the brand that Gerry [McGovern, Chief Creative Officer of JLR] and his team have created, which will be a copy of nothing.”

The ‘copy of nothing’ approach

Collins wouldn’t be drawn on whether a concept car might give us any hints at Jaguar’s new design language, but he did confirm that the new models had been signed off and that they had been tested, but not in traditional customer clinics.

Collins revealed how Jaguar staff were working in unique ways to come up with a new interpretation of modern luxury, too. “We have a very diverse team working on the future of the brand and we’ve deliberately locked them away in a different part of the building here in Gaydon,” he told us. “They act, behave, think and live differently – this is about clean sheet of paper thinking.”

“We’ve put them in a different environment to allow that diversity to come to the fore to make sure we don’t constrain them by any traditional thinking – of the business or the industry.”

With designs signed off, technical work is very much under way.

Further details in our next edition.