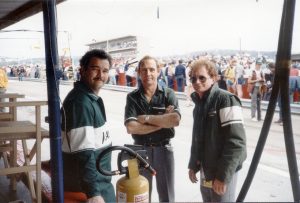 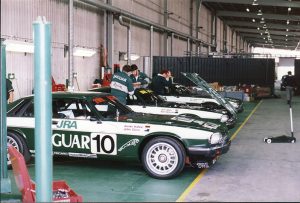 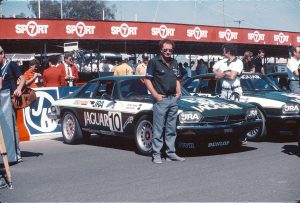 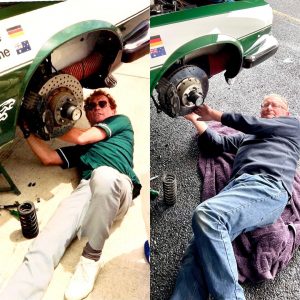 We are thrilled with this wonderful time-warp image taken by Jordan Roddy of Blue Dorward back at Bathurst in 2022 with his 1985 winning TWR Jaguar – owned for almost 20 years by Jordan’s father Mike.
If anyone deserves to be credited with Jaguar’s heroic win, it was Kiwi Blue who joined TWR in England after working for major saloon car teams in Australia.
The man has genius intelligence as an engineer, author and other things, and ran the entire TWR JRA Jaguar Bathurst operation from its instigation in England right through to sitting on the pit counter talking Gossy home on the radio with a broken seat in TWR XJ-S chassis #6.
Blue brought in the best local and English talent, and even had to buy back some of the 1984 team cars which had been passed to collectors.
More in edition #213.
Go well mighty Blue, Mike and the Roddy team
Subscribe to Jaguar Magazine
www.jaguarmagazine.com
Categories: Events, Latest Issue, NEWSBy Les HughesOctober 7, 2022Leave a comment