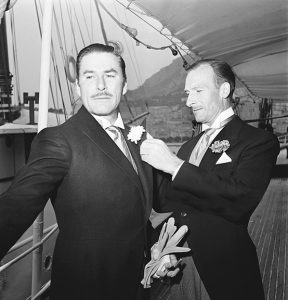 This poor bloke got the worst press internationally and didn’t deserve it – so we have upheld his honour in our coming edition.
Consider this:
He was written up as a womanising opportunist from nowhere – but came from one of the wealthiest families in Australia.
Was the first Australian to win a medal in the Winter Olympics – 1936
Multiple times World Bobsled Champion
Captain of Britain’s 1936 Winter Olympics Team (Australia didn’t have one)
Captain of the British Bobsled team from 1936 to 1939 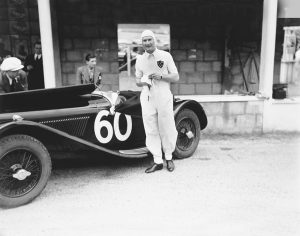 The first driver to win a race in a Jaguar – ever
The first SS Jaguar 100 racer
Finished sixth in the 1936 Vanderbilt Cup on Long Island
Hollywood actor with Errol Flynn
Errol’s Best Man
Errol Flynn was his Best Man
His family owned most of exclusive Studley Park in Melbourne
Died trying to save his drowning wife (who also died) when his 104 foot yacht was wrecked in a storm off Africa
I am very proud of this feature, and want to do the right thing for this heroic sportsman who was slighted in scandal rags whose lies became his public persona. He always represented himself as Australian and had its flag on his race cars and even his British Team bobsled.
And that is just the start of his short but epic 44 years of life.
Subscribe to Jaguar Magazine
www.jaguarmagazine.com
Category: NEWSBy Les HughesJune 30, 2022Leave a comment