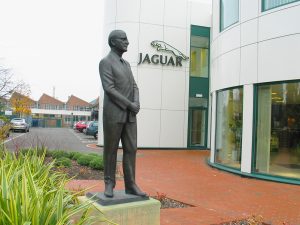 The resignation of JLR’s CEO perhaps gives us just a glimmer of hope for the marque. It is an opportunity to be straight up and honest in expressing my thoughts on the state of Jaguar Cars (not Land Rover) in what is a crisis time which could easily spell its ending.
Let’s tell it like it is. Nobody is confident for the marque or the path Bollore has taken it down, his remote and impersonal management style seems to have taken over throughout the business – and he has declared Jaguar as we all know and love it, is dead.
I believe he, and I fear others under him making the big decisions, have little or no understanding of what Jaguar represents as a manufacturer, its history, individuality and ethos – and don’t want to know about that.
Instead they are (were – I hope) prepared to throw their proverbial arms into the air instead of taking the long term approach in guiding it into the future, and instead were driven to prostitute the ‘Jaguar’ name by creating a brand new business and direction for what is/was to be be the world’s first traditional manufacturer to build nothing but electric cars.
Jaguar has dropped out of any public interest because apart from the XJ hearse used for Queen Elizabeth II’s funeral, and this management crisis – there is nothing new to take interest in or talk about. 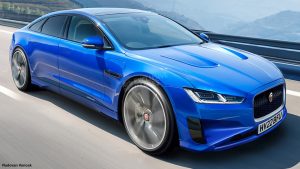 Why did Bollore and the board abandon the desperately needed and almost ready to produce new XJ in 2020? That was one new Jaguar model euthanised, and that must have taken the wind out of everyone’s sales within the company. Ian Callum, the brilliant Design head, resigned unexpectedly, as did his replacement Julian Thomson who had spent 20 plus years with Callum at Jaguar.
Gone too was the fifty-year old plus Jaguar flagship. 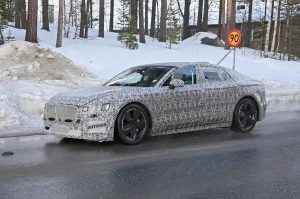 Jaguar Cars has had four great leaders who DID understand what it was about, and who put their heart and soul into it – while remaining warm and endearing to the press, workers and Jaguar owners. They were Sir William Lyons, Lofty England, Sir John Egan and Sir Nick Scheele. People of that calibre are exceedingly difficult to find – but find one is crucial.
www.jaguarmagazine.com
Categories: Events, Gallery, Home-blog, I-PACE, Industry, Jaguar D-Type, Jaguar Racing, Jaguar XE, Jaguar XF, Jaguar XJ, Latest Issue, NEWS, Uncategorized, XK 1950s, XK AND XK-RBy Les HughesNovember 17, 2022Leave a comment